Well, here we are in the middle of the year - the sun's been shining, Wimbledon's well under way and at last we've got a tennis player in with a chance of winning. We've had several BBQs, already eaten more than enough strawberries and drunk far, far too many jugs of Pimms to be sensible when in charge of a barbecue. At work there's a permanent aroma of fake-tan in the office and we've broken out the fans. Anyone would think we're having a summer at last.

All in the garden should be lovely.

Well, it would be but we haven't booked any holidays yet which probably accounts for the gently gnawing sense of anxiety that I'm feeling right now. It's the same every year. If you've been a reader since this blog began you'll know that I have trouble with holidays because I am a total wuss. Part of me wants to go everywhere/do everything/see the world, and another part of me (the fairly large dithery part, unfortunately) is scared shitless by taking the risk of going into the unknown, even if it's only a few hours Easyjet away. I spend ages on the internet searching for the perfect location for us (is there such a place I ask myself, does it really exist?), get to the point of actually booking it and then, and then.........nothing. I just go off the idea because I read something dodgy about pick-pockets in the area we're thinking of going to, or someone tells me a horror story about the hotel we're booking, or my husband makes a negative comment and/or fails to look, a) interested, b) keen, or c) awake. I slink off defeated, read more travel magazines and worry that we're missing out on the big adventure. Which of course we are.

What's to be done with me? Last year we threw caution to the wind, went into the travel agent and willingly, although unknowingly, chucked away enough money to pay an MP's food-bill on the holiday from hell. I thought we were being spontaneous, exciting and adventurous by booking at the last minute, packing and leaving the UK all within three days, when it actually turned out that we were just gullible idiots reeled in to fill a travel agent's quota and ended up somewhere which was totally the opposite of what we really wanted.

I asked you all for help in finding a good holiday venue, somewhere not too touristy with nice restaurants, lovely coastline, friendly people, you gave me your suggestions and what did I do? I ignored them all and took a flyer, thinking I was being really brave. Mistake. Big mistake.

This time I'll listen.
Posted by Swearing Mother at 22:22

I am exactly the same - I never go futher afield than France or Italy and even then I'm scared to actually go through with the booking - no plans yet for August! I'l read the suggestions here with interest!

Devon or Cornwall has all that....

I might shame you because I'm planning a holiday to France next year and I'm 16 :D

Heading to Turkey, but my two favourite places are Bois Soleil in France and Nerja in Spain. Both gorgeous places, had no trouble there at all.
Promise me you'll look into it!

Well I'm not recommending Cyprus this time 'cos its gotten real expensive for tourists.
Its OK for me, I go there to do a job and I get paid not with money but a bed in a hotel.
Best avoid anywhere in the EU. The euro exchange is really silly just now. You could do worse than Turkey. I've heard good reports. Its outside the eurozone so you get a good exchange rate.
On t'other hand, if you don't want touristy places, why not try a cottage in Scotland or Wales? Coach trips can be fun.
How about a long distance train ride in say, Switzerland? They are usually reasonably priced. Or a last minute cruise? They advertise loads in the Sunday broadsheets.

When it comes to holiday spots, personal recommendation carries a lot of weight. Save the spontaneity until the kids are older I say, and go for somewhere you know is good.

Why go away on holiday? We're having a summer this year! Be trendy and have a staycation.

i don't see much point in going somewhere that doesn't really captivate you.

if you're looking for quiet towns and nice beaches, i've heard spain and greece are nice.

personally, beaches arne't to my liking so there's no point in my suggesting anywhere (ireland).

The Woman who Can said...

Try Neapolitan Riviera. Hopeless for beaches, but great for restaurants, weather, shopping and sitting outside with a glass of wine. Look at Ravello, Positano or Sorrento - sometimes they can be a bit touristy, but not in a chav way, if you get my drift.

Hi Daisy, glad to hear I am not the only nutty one! What a comfort.

Mopsa, you know how I love Devon...

Pure Poser, hi! At 16 I still had to go on holiday with my parents to Margate. Enough said.

Hello Norman, nice to talk to you again.

Hi Absolutely Write, thanks for visiting!

Wakeup, hello again! Staycations are made for people like me, don't you think?

Hello Laurie, how lovely to read you again. No, I'm not a beach fan either, think it's the auburn hair/skin combo that just can't take it.

Tina!! It's you! Didn't you go to Sorrento last year. Or shouldn't I mention that? I really fancy Positano to be quite honest, is it posey enough for me do you think?

I think we have a lot going for us in England. Cornwall, Devon & Dorset are wonderful places (not Aug) though as it is very crowded.
Hope you find somewhere lovely.

The Woman who Can said...

Yes I did, and of course you can! We both adored it (and we're still together!) You'll love either Positano or Ravello, both very posey, and while they're touristy it's in a very classy way. And the views! And the food! I'd go tomorrow if I could. You take care,

Save your money - don't fgo.

I said this last year and I'll say it again - AMERICAN WILD WEST. Fly to Vegas or Phoenix & rent a car and IT"S CHEAP. You don't need to book motels, you can get them ten-a-penny for $50/night, I promise.

The trip my husband and I love most might be way too touristy for you. But we have always loved going on cruises. We have been on the same one 3 times now that leaves from Florida and goes to Nassau Bahamas, and then to Royal Caribbean's private island CoCo Cay.

Across the bridge from Nassau is Paradise Island and the hotel resort Atlantis which has a huge amount of lagoons and aquariums. Oh yeah they also have casinos if you go for that sort of thing.

SM has found the ultimate destination,,one she doesn't want to, and hasn't, come back from.
We'll just have to read this post, like 236 times.
Where are you, SM?

Hi, I'm still here, with the emphasis on the word STILL.

Working on The Great Escape, but in the meantime have just tunnelled our way out of Brum to lovely Devon for a little R and R.

So, yes, it did rain, but what the heck. Still lovely.

Rain's not as bad if you don't have little ones to entertain.
Glad you got away (a little bit). 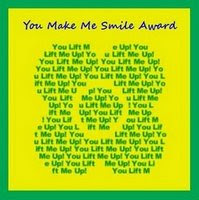 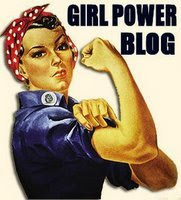 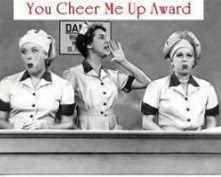 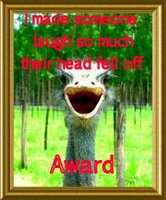